This blog post was made by Dori Schatell, MS, Executive Director, Medical Education Institute on October 9, 2013. 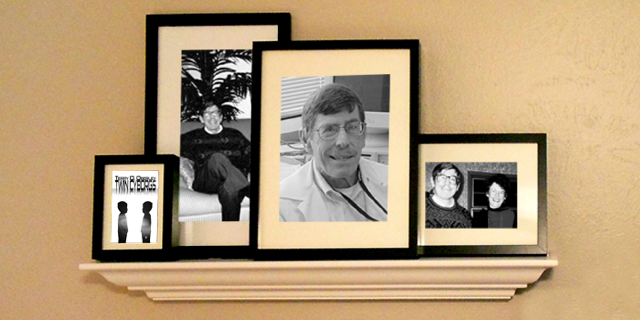 So much of how we experience life is grounded in what we expect. Knowing this, I can work around myself sometimes by expecting the worst, then can be pleasantly surprised when something isn't as bad as I feared it would be. It's a useful strategy. As it turns out, expecting the best is also a useful strategy in the world of nephrology—and Terry Oberley taught me that.

A renal pathologist who has done hemodialysis for 41 years—nearly all of it at home, Terry was the first dialysis patient I ever met, back in 1989 when I went to work for his wife, Edith*. His fistula was the first one I ever saw (and pretty startling to a novice!). When I went to the Oberley home for meetings, Terry would often be dialyzing on his home machine (more recently he used a NxStage System One). Edith and Terry had two sons, whom I watched grow up. Whenever I was with Terry, he was always funny and kind, and just an all-around lovely person. Because of him, I expected that people with kidney failure could fit their treatments into their lives—and not the reverse. I expected that they could finish college—or medical school—as Terry did, then go on to have a productive career for decades. I expected that they could marry, have children, and live to see their grandchildren. Terry has done all of that, so that means it's possible. And if it's possible, others can do it, too.

Terry has been on my mind a lot the past few days, because after all these years, he has made a decision to stop treatment. An often unsung advantage of dialysis is the ability to choose when quantity of life is no longer balanced by its quality, and to let natural death occur. He is leaving this realm joyfully, with streams of visitors, and I truly wish I could join them—this is the only time since moving to the East coast more than 2 years ago that I'm sad not to be in Madison. I would love to have the chance to tell Terry what I am telling all of you, which is that we need to expect better, fuller lives for people on dialysis, and we need to make those lives possible by offering longer, more frequent, better treatments. And, everything that Medical Media Associates and the Medical Education Institute has ever done has been inspired by Terry—and by the sense of the possible that his living life fully has given us.

Terry wrote a book about his life called Twin Cyborgs that you can buy from Amazon (http://tinyurl.com/lt64azx) to learn his life story (Terry and his identical twin brother both had Alport's syndrome) and find out how to live well with kidney failure from an expert who has done just that. I hope it makes him happy to know that others are benefitting from his journey.

We should have more Terrys in the U.S. We should be pointing to far more people surviving decades with kidney failure. At the MEI, we are very proud to continue Terry's legacy by doing what we can to help others on dialysis live as well as Terry.