This blog post was made by Dori Schatell, MS, Executive Director, Medical Education Institute on October 13, 2016. 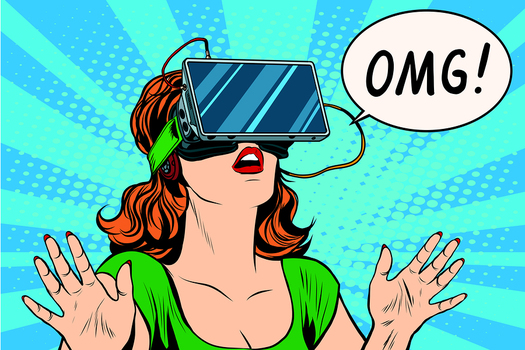 I was fortunate to to be able to spend a couple of days in sunny Las Vegas for the Home Dialyzors United meeting last weekend, which was lively, interactive, and great fun for dialyzors, care partners, and presenters alike. Here are a few highlights for all of you who were not able to attend—and I urge you to plan to come next year! NOTE: All observations are my own, and they are only as accurate as my memory and Google permit, so please feel free to comment with corrections as needed!

A major focus of the meeting was switching from daily to nocturnal home HD. Taping securely to prevent venous needle dislodgement (VND) is important for everyone who does HD, whether they are at home or in-center. But, bleeding episodes caused by VND are a leading fear for most who consider nocturnal home HD and for the clinicians who care for them. Redsense is a VND detector designed specifically for use in HD (another is Hemodialert by Anzacare), unlike the enuresis alarms used to detect bedwetting in children.

At the meeting, Jane Hurst, RN, CLNC from Redsense debuted the new, improved device. Instead of sitting on the user’s arm during use, the alarm unit can now be attached to an IV pole. The unit sends light through a reusable fiberoptic extension cable to a disposable sensor, with the sensor patch placed directly over the venous needle puncture site. Any blood leakage will be detected by the sensor, and will trigger an alarm. Freed from the concerns of undetected VND, nocturnal home HD users can sleep more soundly at night.

NOTE: There are at least two potential sources of bleeding during dialysis: the access and a ruptured dialyzer. So, please also use a fluid detector under the dialyzer as well. NxStage now has an add-on to the tray their cycler sits on that collects any fluid that escapes and sounds an alarm that will stop the blood pump.

Care team members must undergo training to use the Nx2Me secure clinician portal, and dialyzors need training to learn the user interface. Once trained, the platform saves costly staff time, and it autofills portions of the flowsheet, which saves dialyzors time. With 2-way messaging, dialyzors stay more closely connected to their care teams, (this is especially important during the critical first few months of treatment) which supports home HD retention—and reduces costs—as well.

The platform can be used with a dialyzor’s own iPad—but as the app must remain open during the entire treatment, the iPad cannot be used for any other purpose. For the same reason (dedicated clinical use), a clinic that provides an iPad for Nx2Me is not in violation of the inducement rules. Some clinics also pay for WIFI for Nx2Me users who did not previously have it in their homes. Finally, Nx2Me connectivity relies on having a particular connector on the back of the NxStage cycler, so there may also be a cost to replace the connector if necessary.

According to the NxStage website, using Nx2Me reduced overall home HD dropout by 32%, and dropout among new home HD users by 44%.

I’ve followed the implantable kidney for years, but had never seen Shuvo Roy present before, and it was a thrill to learn more about the PhD electrical engineer’s brainchild. The Kidney Project is a miniaturized form of the proven Renal Assistance Device (RAD) developed at the University of Michigan by David Hume. Dialysis as we know it today removes some water and wastes from the blood, but does not produce hormones or enzymes or reabsorb needed substances. RAD dialysis reduced mortality by 50% in people with acute kidney injury by pairing a regular dialyzer with a second, in-line cartridge containing living renal tubule cells.

Current dialysis machines are large because dialyzers are large. The resistance inside the hollow dialyzer fibers requires a large pump to push blood through, and the other components must then be similarly sized. In contrast, Roy’s silicone nanotechnology-based hemofilter has uniform filtration slots that require less pressure and remove more middle molecules than current dialyzers. As with the RAD, the hemofilter is paired with a bioreactor containing live tubule cells (sourced from kidneys that were not suitable for transplant) to more fully duplicate the function of healthy kidneys, and coated to eliminate blood clotting. Once implanted, the needle-free device will perform 24/7 treatment and allow freedom of mobility with less risk of infection and thrombosis. The heart is the only pump necessary, and no immunosuppressant drugs will be required (the tubule cells are protected from the immune system inside the bioreactor).

The implantable artificial kidney is not yet undergoing human trials. During testing with large animals, it created pre-urine, and the next step will be to scale up and combine the hemofilter and bioreactor as Roy has envisioned from the beginning. Once in place, the device should last for years, but questions remain about how much maintenance it will need (surgery will be required to access it). Meanwhile, the Implantable Artificial Kidney is participating in two FDA fast-track programs, the Innovative Pathway program and the Expedited Access program. Those who are healthy enough for surgery can sign up here to be considered for human testing when the time is right. Learn more about the Kidney Project on the UCSF website, or follow the project on Facebook.